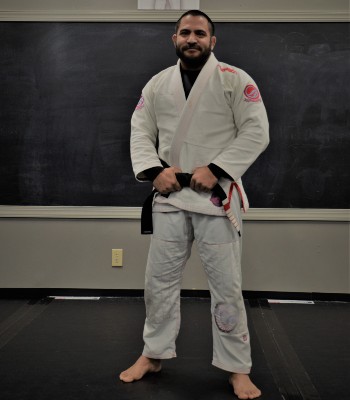 Professor Michael Donvito is the head instructor of Martial Arts of NC. He started training in traditional martial arts at the age of four and has continued for over 29 years, gaining a diversity of experience in martial arts. Michael’s success has earned him 8 black belts. He earned his first black belt, in Okinawa Kenpo Kubodo at the age of 11. A few months later, he received his second black belt in Japanese Jiu-jitsu. While continuing his training in both arts, Michael quickly gained interest in Judo. Training in Judo introduced Michael to ground fighting, which he quickly grew to love; grappling and submissions became his passion. Michael’s training in Judo lasted several years, in which time he earned his second-degree black belt.

In 1998, Michael was introduced to Brazilian Jiujitsu (BJJ) by Special Forces personnel during training he led for his father. Over the next three years, Michael spent his time training in Brazilian Jiu-Jitsu and continuing to teach close combat courses with his father. He trained with multiple world renown champions within the art of Brazilian Jiu-Jitsu and Mixed Martial Arts (MMA). Over those three years, Michael struggled to find an instructor that was able to commit the time to train him long-term; as a result, he worked with three different instructors in Jiu-Jitsu camps. Each time he started over with a new instructor, he would start from the beginning as a white belt; Michael was still able to earn his blue belt each of the three times. Some of the more well-known instructors that Michael has had over the years include: Romero “Jacare” Cavalcanti, Marcelo Alonso, Gustavo Machado, Roberto “Gordo” Correa, Mauricio “Tinguinha” Mariano, and former UFC Middle Weight Champion, Frank Shamrock. 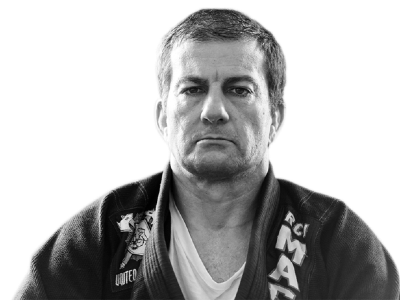 Carlos started martial arts at the age of four. He currently holds the highest rank of this style in the Southwest, Ninth Degree Black Belt. His main instructor throughout his life was his cousin Carlos Gracie, Jr. but he has also trained with Helio Gracie, Carlson Gracie, Rolls Gracie, Rickson Gracie, Crolin Gracie, Rillion Gracie and his brothers. While in Brazil, he successfully competed in several tournaments at both the state and national level.

Life in the US